It was only a matter of time before Iran violated their U.N. sanctions. However, the real news is to what degree they violated said sanctions.

Breitbart reports that Iran test-launched a medium-range missile that the U.S. government has deemed to be “inherently capable of delivering a nuclear weapon.”

The United States ambassador to the U.N., Samantha Power, said on Friday that Iran’s Saturday ballistic missile test was a “clear violation” of U.N. Security Council resolutions. Power added that her country was “deeply concerned” by the test firing.

However, correspondents say that it is unlikely to derail the recent U.S.-Iran nuclear agreement.

Since 2010, Iran has been banned by the U.N. Security Council from testing the category of missile fired last weekend. 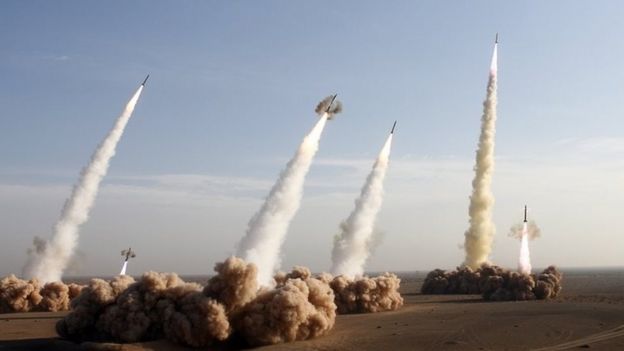 The White House has come out in defense of their newly minted Iran deal, by saying that Iran’s missile launch is not connected to their nuclear deal. However, the new Iran deal will not watch over every part of Iran’s nuclear program and missile development. Which begs the question: What did we accomplish with the deal in the first place?

The missile test is a gesture of Iranian defiance and contempt. Iran’s new Emad surface-to-surface missile is said to have a range of just over a thousand miles and, as BBC explained, is more reliable than any other missile Iran has developed.

Iran has long been put on the back burner of American foreign policy, taking second row seats to the likes of the Iraq and Afghanistan wars and now ISIS. But this missile launch proves that dealing with Iran must become our top priority and not a problem that should be swept under the rug.

The views and opinions expressed in this article are those of the individual author, and do not necessarily reflect the official position of Unrestrained News.

Michael McCrone
Michael is a freelance contributor for Unrestrained News. He graduated from California State University, Channel Islands with a B.A. in History. His focus is international relations. He also bleeds red, white and blue.

GOP official: The party chooses the nominee, not the voters... unrestrainednews.com/2016/03/…

Palestinian mufti says Islam suggests you should hit your wife in order to heal your marriage... unrestrainednews.com/2016/02/…

Ohio homeschoolers face up to 23 years in jail for "paperwork" errors... unrestrainednews.com/2016/02/…

AirAsia Flight Found and Bodies Are Being Retrieved

Hundreds Of NYC Cab Drivers Ticketing While Praying At Mosque

A Dallas Crossing Guard Gets A Surprise